Have you ever wondered why your farts smell? Why do some bugs make us sick but others are "good bacteria"? What even IS kombucha? You can finally get these questions answered - all you have to do is Ask a Microbiologist!

Microbes - the tiny organisms like bacteria, viruses, fungi, and more - are around us all the time. Sometimes they make us sick, sometimes they help us digest our food, sometimes they even help make the food for us! The world of microbes can be weird!

Luckily, we've got a team of experts from a wide range of specialities to answer all of your questions! All you have to do is get in touch by filling out the form, or getting in touch on our Twitter!

Some of our experts... 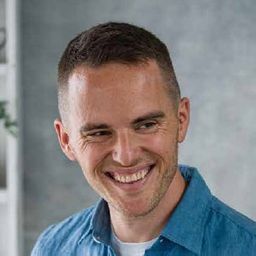 David Atherton is a Great British Bake Off winner, a foodie, writer and healthy eating champion. He is the author of the bestselling children's cook book My First Cook Book and more recently Good to Eat, a curation of recipes showcasing food that is good for you, and tastes great. As a health professional he supports individuals in choosing a healthy lifestyle, especially in regards to diet. He has a special interest in gut health and feeding your microbiome. 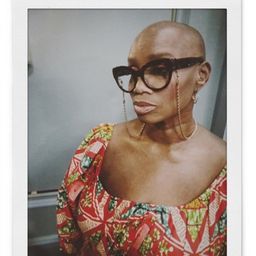 Award winning TV Chef and Broadcaster Andi Oliver enjoys a rich & varied career, with food and music being at the forefront throughout.

Andi is a regular face on screen – Host of the BBC’s Great British Menu, Host of Sky Arts Live Book Club, Host of C4’s Beat the Chef, and Food Unwrapped and a contributing chef and host on Saturday Kitchen.

On air Andi is a regular panel member on BBC Radio 4’s The Kitchen Cabinet alongside Jay Rayner aswell as a contributor to Radio 4’s Award winning The Food Programme. In 2018 she followed in the footsteps of Yotam Ottolenghi & Giorgio Locatelli and was appointed Head judge alongside Sheila Dillon for the prestigious BBC Food & Farming awards.

Outside of the realm of food Andi hosted the award winning Jazz 365 for BBC4 in 2019 and along with her daughter Miquita Oliver took part both in The Road To Saigon for BBC2 and Hosted The Cheltenham Literature Festival for Sky Arts.

Andi rose to fame fronting the band Rip Rig and Panic with Neneh Cherry in 1981 she went onto work in TV in the 90’s, debuting on Backstage at The Brits. She then went on to present the hit cult show Badaas TV with Ice T and the award winning documentary Crazy Sexy Cool. For 6 years Andi covered Glastonbury for the BBC as well as fronting various other BBC festivals.

During this period Andi hosted a hugely popular afternoon show on GLR for three years and presented The Selector for 8 years, a show for The British Council, broadcast in over 15 different countries. In 2005, with Andi at the helm, it won a Silver Sony Award for best weekly music show.

In 2006 she presented The Truth About Food for the BBC and in 2007 she and Neneh Cherry hosted BBC2 cooking series, Neneh and Andi Dish It Up.

During her career, Andi was invited to perform a piece for a gala performance of the Vagina Monologues at The Royal Albert Hall with amongst others , Isabella Rossellini, Maureen Lipman & Meera Syal, which led to a 3 month West End run with Michelle Gomez, Samantha Bond & Linda Robson. She was featured in the 1st series of The Number One Ladies Detective Agency and is soon to be seen in a cameo in the upcoming film written by Caitlin Moran – How To Build A Girl.

Andi was (and is) in the kitchen throughout all of this, perfecting her skill, and for 4 years she ran a successful ephemeral restaurant – The Moveable Feast. After being creative director of The Birdcage she launched her own kitchen at The Jackdaw and Star, a renovated pub in the heart of Homerton. She launched her award winning restaurant – Andi’s – in 2016 & in 2020, she launched her newest food project entitled Wadadli Kitchen which showcases Real Caribbean Home Cooking. Wadadli pop ups took place throughout summer 2020, including a pop up at Somerset House and an off shoot of the Wadadli brand called One Love , which Andi created alongside Fred Siriex. 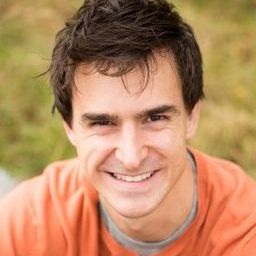 Prof. Lewis Dartnell is a research scientist, presenter and author based in London, UK.

"I graduated from Oxford University with a First Class degree in Biological Sciences and completed my PhD at University College London in 2007. I now hold the Professorship in Science Communication at the University of Westminster. My research is in the field of astrobiology and the search for microbial life on Mars. I have also held a STFC Science in Society Fellowship and am very active in delivering live events at schools and science festivals, working as a scientific consultant for the media, and have appeared in numerous TV documentaries and radio shows. I have won several awards for my science writing and outreach work and regularly freelance for newspapers and magazine articles. I have also published four books: The Knowledge was the Sunday Times ‘New Thinking’ Book of the Year and international bestseller, and my latest ORIGINS: How the Earth Made Us is a Sunday Times top History book of 2019."