We asked our membership to take part in our diversity monitoring as part of the End of Year Survey. These results were used to inform SfAM's response to the All Party parliamentary Group (APPG) on Diversity and Inclusion in STEM inquiry into Equity in the STEM workforce, specifically concerning the demographics of STEM Workers in microbiology and related fields.

Almost half (48.12%) of survey respondents fell within the age categories of 25-34 and 35-44 years 24.06% respectively with 0.94% of respondents preferring not to say. The age diversity question was skipped by 5 respondents.

According to the data analysis brief published by the APPG on the diversity and representation in the STEM, it was found that STEM workers are less likely to be aged 50 or over. However, 26.41% of survey respondents were over 55 years and only 5.29% respondents stated that they had retired.

We report that 12.74% of survey respondents considered themselves to have a disability or long-term condition (such as dyslexia, diabetes, arthritis, a heart condition, or a mental health condition) and meet the Equality Act definition of disability with 3.77% of respondents preferring not to say.

It is important to emphasise that although 83.49% of respondents do not identify as having a disability or having a long-term condition, the 12.47% of individuals who do are more likely to be adversely impacted by the COVID-19 pandemic. 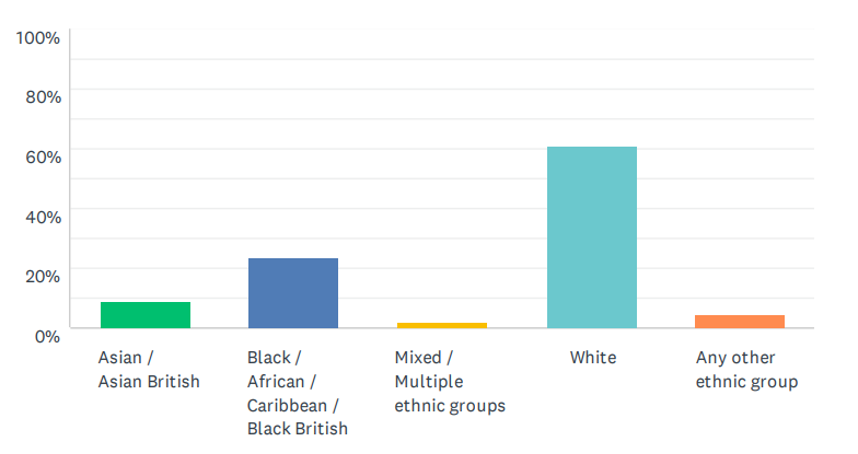 The ethnicity question was skipped by 11 respondents which was the highest number skipped of all the diversity questions.

The majority of survey respondents identified as heterosexual (75.71%) and 9.05% of respondents preferred not to say. The sexual orientation diversity question was skipped by 7 respondents.

We asked our membership what type of school they attended for the majority of time between the ages of 11-16. We have included our diversity data for education both within the UK and outside the UK below. 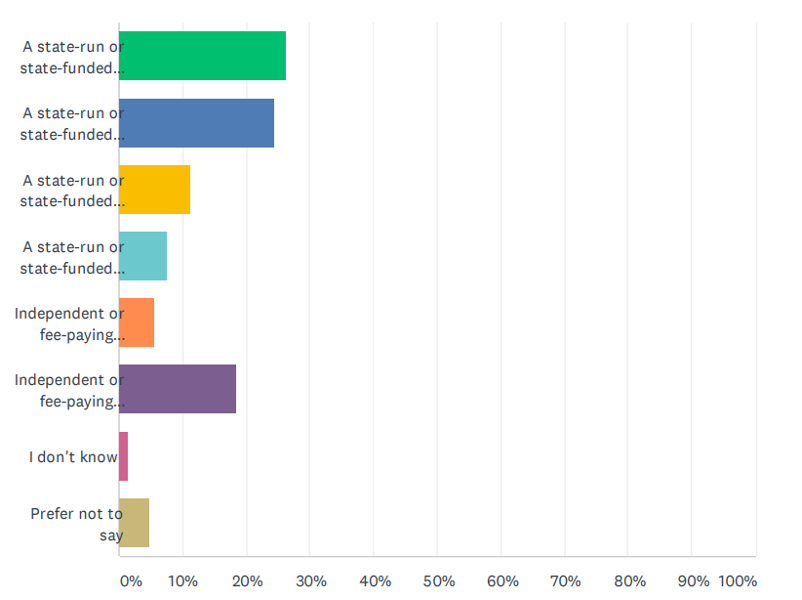 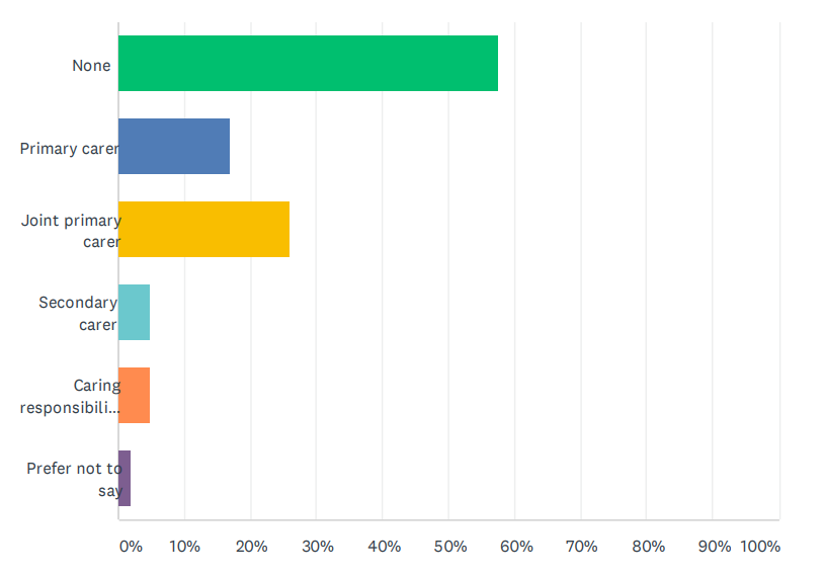 The survey revealed 40.56% of respondents had some form of caring responsibilities compared to 57.55% of respondents with none and 1.89% of respondents preferred not to say. This includes carers of children under 18, disabled children, and disabled adults (over the age of 18) as well as carers of older people (age 65 and older).