Board games: activities for self-isolation

ECS Secretary James Williamson takes a break from pandemic-related news with a lighthearted guide on the best board games for you to try in quarantine. 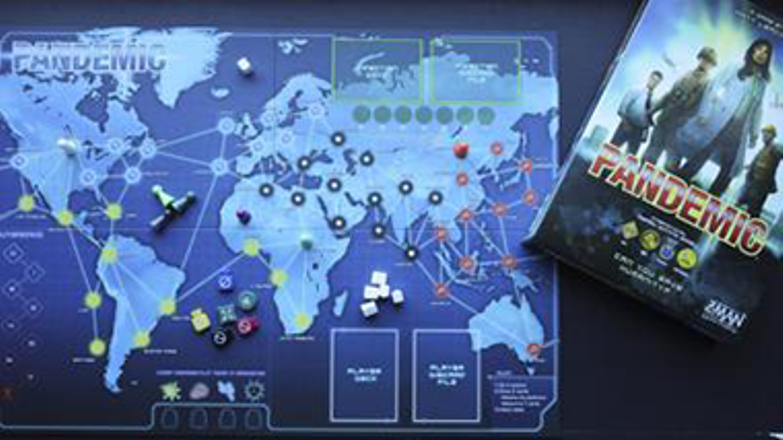 I was going to write this post about something serious, or at least more relevant to microbiology, however given the current climate I felt that we are all in need of a distraction.

Outside of the lab I have a range of hobbies which currently have had to be put on hold, however one is thriving; board games. When someone suggests playing a board game, most people are taken back to rainy weekends playing a dusty copy of Monopoly, with the inevitable fight over who owes what to who. However, during my PhD I found that board games were a great way to spend time with friends, distract you from the stresses of lab work, and not to mention it’s a cheap night in as a student.

I find that playing a game with friends or family is often a great way to take yourself away from your current situation, as well as acting as a work out for your brain in a different way.

I often get asked what my favourite game is, and actually my response is always ‘who am I playing with?’ there’s nothing worse than trying to force people to play a game they have no investment in. My first piece of advice is to choose the game based on the group you’re playing with. I’ve split games up into 4 categories based on the level of enthusiasm or commitment to playing a game that’s required from players (very low, low, medium and high). 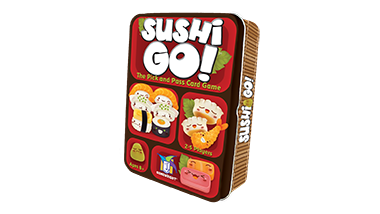 All the fun of picking items of the sushi conveyor belt, without the massive bill at the end. In this card game you are dealt of hand of cards depicting different pieces of (adorably anthropomorphised) sushi, all of which have different scoring. You pick a dish and pass the hand on, round and round this process goes until you’ve run out of cards. It’s an easy game to get to grips with and involves some memory skill and looking at what others are playing in order to do well. 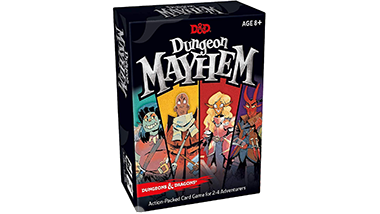 In this game you get to play as one of four fantasy adventurers who are having a fight over who gets to keep the gold. It’s a simple card game with 4 individual decks, all with slightly different abilities. The rogue can steal some cards, the barbarian can smash, the paladin is looking to smite evil and the wizard just sets fire to everything. 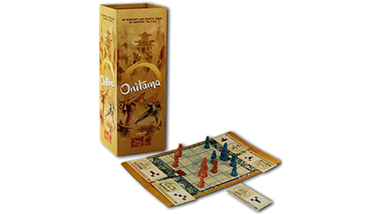 This two player game is an interesting take on chess. Players take it in turns to try and move their master across the board or take the opponents master, however there are only 5 different movement patterns total, and each player only has two options at a time. Once you use a move you pass it to the other player. This forms a really nice back and forth mechanic which you have to consider when using a move. 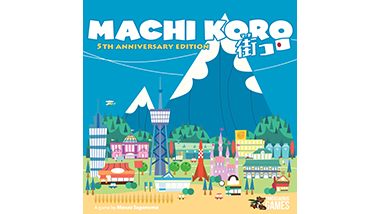 Do you want to play monopoly, but don’t want to spend three hours arguing with your family? Then Machi koro might be the perfect game for you. The aim is to develop your town into a thriving metropolis. Players take it in turns to roll dice and see if their properties generate any income, they can then purchase more properties each which score different depending on what is rolled. 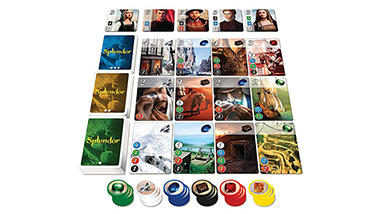 This beautiful game is designed around becoming the most prestigious gem merchant during the renaissance period. This is achieved by firstly buying gems (of 5 different types) then trading these for mines, which in turn provide more gems. This game requires some strategy in choosing which way you want to build your empire, whilst also keeping an eye on your rivals. 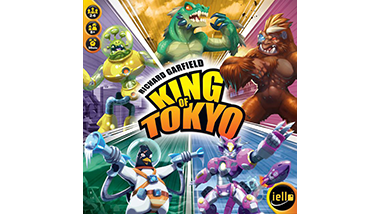 Have you ever wanted to be Godzilla or King Kong? Well in King of Tokyo you can play as a giant monster attacking other giant monsters for control of the city. This is a dice based game (with some similarities to Yatzee) where individuals can focus on hitting their opponents, scoring points or mutating their monster for strange advantages. 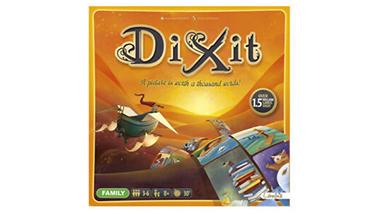 This is an odd game of speaking in riddles and a bit of lateral thinking. Players are given a handful of cards with surreal images which could be interpreted in many different ways, on your turn you play one face down and say a single word, a sentence or even a sound. The other players then play a card face down that the feel could be represented by what was said. Players then vote and try and find the original card, with the best way to score points being to signal to just one other player.

An added bonus of this game is that the printers have made the base game available free during the pandemic (although you will need to print it).

Editor's note: for a spooky twist, have a look at Mysterium - the same premise of gameplay, but you play as ghosthunters! 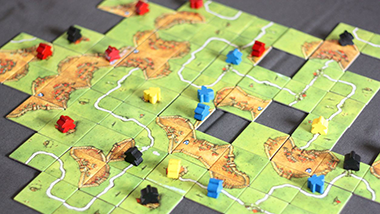 Based on the French city of the same name, Carcassonne is a tile based worker placement game, where you score points for building walled cities, long roads and large farms. It is quick to learn and fun for younger and older audiences.

Betrayal at house on the hill 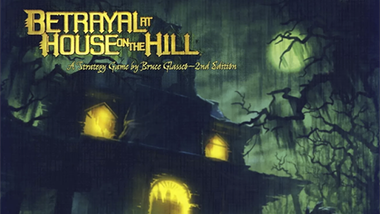 Scooby doo meets 80’s B movie, a group of six unlikely ‘friends’ enter into an old mansion to explore. Hunting around you will find odd sights and objects; some will help and others hinder. Whilst exploring though these there’s a high risk that one of you will discover something foul lurking in a dark corner and fall under its influence and turn against the others. This triggers the most unique feature of this game, which is that there are in fact 50 different scenarios to play through ranging from trying to kill Dracula to trying to out run the traitorous player after they are turned into the avatar of a demon. This mechanic makes the game instantly replayable and extremely memorable (my young cousin still taunts me and my boyfriend about the time she lured us into a cannibal’s den and ate us). 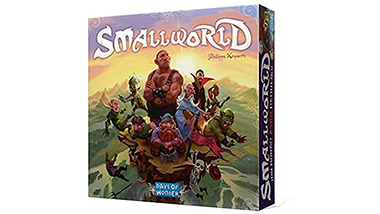 This game is like watching the sped up history of a fantasy continent, where great nations rise and fall over time. You get to conquer the lands with different fantasy creatures such as Elves, Dwarves, undead and wizards, but they also have a randomly generated special ability which makes each game unpredictable. The skill in the game is to know when your empire is finished and abandon it for the next one. 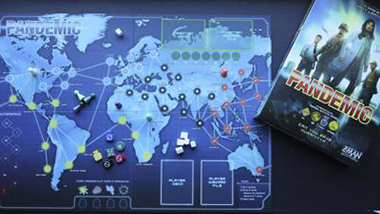 Here's a token microbiology link. This may feel a little close to home at the moment, but it is still a fun game and useful as a way to explain to others how not treating a problem in one area can lead to it spreading and becoming worse. It is also a team game, so you either all win or all loose, which when playing with a  family on lockdown could be a very useful trait in a game. 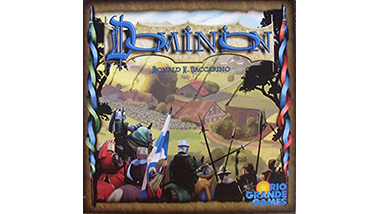 This is a deck building game designed around the theme of running a kingdom. On first impressions it looks rather intimidating due to the numbers of cards involved and the number of options for set up, but once you get going though it is rather simple.

On your turn you draw cards from your deck, some will allow you to do special abilities and some will allow you to buy more cards, these all then get discarded (including new purchases) and you draw from the deck and repeat until you use up your deck, at which point you shuffle and start again. The cards you’ve bought are now shuffled in and will appear in subsequent turns. If you fill your deck with poor cards, you will keep getting poor cards (this always happens to me).

A great feature of this game is that the publishers support a free online version, which you can play against friends and family remotely. It is also a great way to learn how to play. 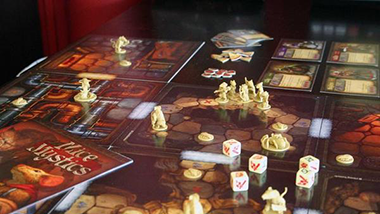 This is an epic fantasy adventure told on a miniature scale. You play as a group of heroes that have been turned into mice in order to infiltrate a castle and save the king from an evil sorcerer, who has sent her minions after you, in the form of rats.

Each of the characters have different skill sets that you will need to use to problem solve your way through several different combat encounters. Characters improve their skills throughout the game and the story line is rather compelling too. Best of all this game doesn’t need someone to play as all the enemies, instead you are provided with an algorithm for their behaviour. This is a great game to play with children to get them interested in slightly more complicated games, but equally will be enjoyed by a group of adults

This 70’s game has seen a revival in recent years due in part to a more streamlined set of rules, the ability for groups to come together and play remotely, and as a game families can play together.

Dungeons and dragons (D&D) can involve an elaborate set up; fancy board, well painted miniature figures, tonnes of dice, but actually all it needs is a pencil and paper, a few dice and an imagination. I currently play in a several weekly games just using video conferencing software and PowerPoint for visuals.

The basic premise is that you are a group of adventurers seeking fame, glory, magical artefacts and gold. Each of the players takes on a different role, whilst one takes the position of game master (essentially they run the world, all the bad guys, all the random people you meet in town and they tell the players what they see). The easiest way to get into playing this is with someone who already knows how to play, but the publishers have released two starter kits which are brilliant for those who have no experience (of the two I would recommend the essentials kit). The publishers have also got a limited set of rules available for free.

This can be a bit of a marmite game, but there are many different ways to play it, so if you have ever been curious about it now is a great time to try it.