Pets are our eternal companions - no wonder Alli Cartwright is determined to find out the best ways to keep them safe from disease. 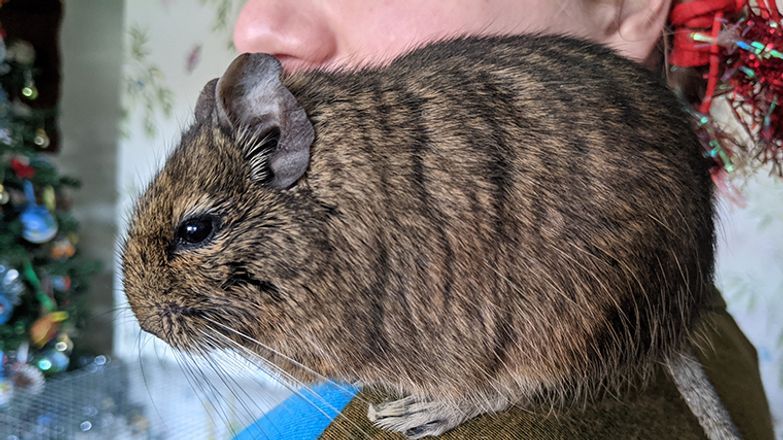 This year I decided to return to education, partly for the challenge and partly to gain qualifications in the area I desperately want to work. As I begin to embark on an Animal Management course, I will be working with rabbits, a degu, a guinea pig, a hamster, gerbils, snakes, geckos, fish and birds directly in the college. However, I have never thought much about the diseases that could affect these species and even though the college’s animals are free of disease, I couldn’t resist researching what pathogens are most likely to infect my furry, scaly and feathered classmates.

Infections of the furry friends

Undeniably, when researching diseases, it is easier to find info on diseases that will impact on human society. This will either be directly – through zoonosis where disease can jump species and infect humans, or indirectly – such as impacting on society, for example, a disease which can be passed onto agricultural livestock leading to culls and loss of income. It is harder to find info on diseases that affect just one species, unless they are very common. Take myxomatosis for example, a virus so deadly to rabbits it has been used to control their populations in Australia where they were introduced and well … bred like rabbits, reaching densities that severely depleted local vegetation and crops[1]. This virus is highly contagious and causes the poor rabbits to develop mucus filled lesions in their skin causing swelling and ultimately causing their death from seizures or haemorrhage. In a botany practical during my undergraduate degree I witnessed a rabbit lying paralysed in the grass, bleeding from its eyes and nose, undoubtedly due to this virus. I hope to never see that suffering again and so I’m grateful our little bunnies will never mix with wild rabbits and so won’t be at risk. Instead, our rabbits are more likely to suffer from overgrown teeth or the sniffles which will often be cured by their own immune response or chewing on their hutch!

My favourite furry animal at the college is a little degu named Dale, so I wanted to see what diseases could infect him. As I write, he is home with me for lockdown and asleep in my jumper’s hood, convinced a human warmed bed is better than anything in his cage. Thankfully, there doesn’t seem to be too many microbes cited as commonly affecting degus. While this was meant to be a serious post, in my search for degu diseases I found one website citing a made-up illness called deguitis – with the symptoms of constantly talking about degus, taking their photo and a general obsession, I am indeed suffering from deguitis even though Dale is happy and healthy[2]. Furthermore, it has spread to my whole family. 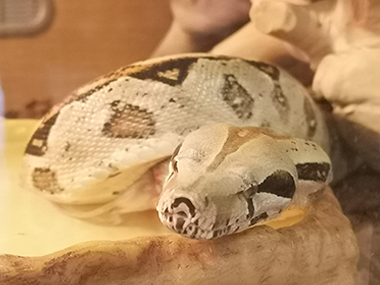 Infections of the scaled friends

I must admit I have recently been forced to overcome my fear of snakes. Well sort of… I can feed all three and handle two of them! Diseases infecting reptiles seem common to a wide range of species and so our snakes and geckos could acquire similar infections. In terms of disease, they can suffer from stomatitis (mouth rot) caused by a virus, bacterium, or yeast but this is easily prevented by keeping their herbarium clean[3]. They can also commonly have parasites – either internal such as worms, or external such as ticks and mites which once again can be treated by keeping them clean, and are often delt with themselves through moulting. In rare cases reptiles can contract cryptosporidium, a parasite causing gastrointestinal illness which has the potential to infect other animals (including humans) if their waste is not cleaned properly. No wonder correct cleaning methods are so important on my course! 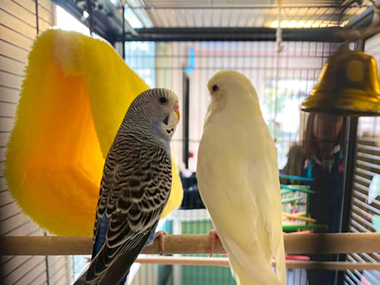 Infections of the feathered friends

Even though I used to have a real issue with snakes, I have to say birds are the animals I am least likely to warm to. While I enjoy watching and listening to wild birds, I don’t have any interest in handling them, having got on the wrong side of a beak when rescuing one as a child. Furthermore, the first zoonotic disease I learnt about as a teenager was the ‘bird flu’, H5N1 outbreak in 2005. The estimated death toll from H5N1 was 140 million birds (died or killed to prevent transmission) and 74 people by the end of 2005[4]. This awareness has probably made me less comfortable around birds especially as once again ‘bird flu’ is in the news. This time the strain H5N8 is the cause of concern. This strain has been found in wild waterfowl in the UK and by the 23rd Jan 2021 there have been 12 cases in English poultry and 2 cases in Northern Irish poultry[5]. I think this is a disease to watch, but as our budgies will not be in contact with wild birds, they are unlikely to ever carry or transmit this disease.

More likely are the infection of our budgies from avian gastric yeast, budgie candidiasis, budgie sour crop and parrot fever[6]. The avian gastric yeast, sour crop and budgie candidiasis can all be caused by yeast infections to the digestive system and crop (the muscular pouch in the bird’s neck) which can cause the birds to lose weight and vomit. Finally, parrot fever is cause by the bacterium Chlamydophila psittaci which is estimated to be carried in 30% of caged budgies. While it can cause pneumonia in the bird it often causes mild illness or doesn’t cause infection. This bacterium can in rare cases infect humans, but once again it is easily prevented by keeping the cage clean.

Ultimately the key to controlling any disease in pets is cleanliness and provision of a healthy diet. With these in place they are unlikely to succumb to microbes and if one does get sick, cross-infection is less likely. As our female rabbit likes to cuddle with both male rabbits, we let them mix but keep them apart if any does get a cold, just to be sure the infection won’t spread.

[3]Hess L, Axelson D (unknown) What are some of the common diseases in pet snake?  [Online].