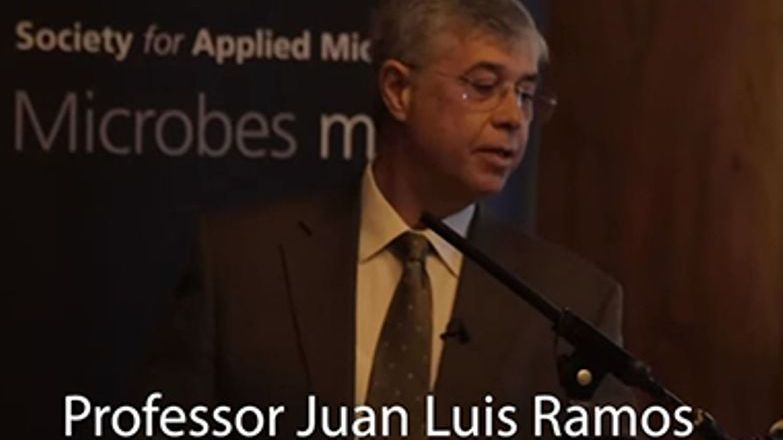 The lecture began by describing Pseudomonas – a “cosmopolitan” bacterium that is found all over the world. Pseudomonas putida in particular is found in the rhizosphere and is well known for its ability to degrade hydrocarbons and aromatic molecules, which have pushed it into the forefront of the minds of academia and industry alike. Here, Prof. Ramos introduced us to his three main research themes: genomic (and pangenomic) analysis of P. putida strains, P. putida as a model system in agriculture, and P. putida for the production of goods.

In the video you will hear about pangenomic analysis – a way of comparing multiple genomes from similar organisms and finding what they have in common (the ‘core’ genes) and what they have that makes them different (the ‘accessory’ genes), P. putida giving a helping hand to plants, promoting growth, root branching, and outcompeting plant pathogens, and ‘phytorhizoremediation’ – a method of introducing a strain of P. putida which degrades a toxic compound to the seeds of plants, and growing these plants where this compound needs to be removed.