Alli Cartwright returns to discuss her experience finding antimicrobials in the world's waters. 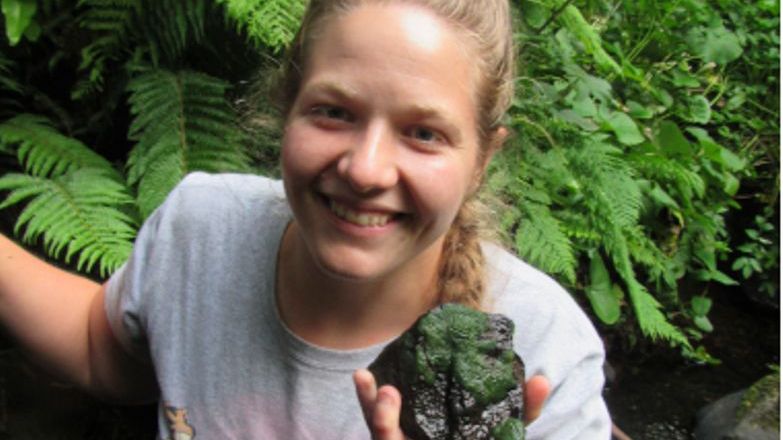 For years I have heard scientists warning that we could be facing a post-antibiotic era. A world where once again people die from common infections resistant to the medicines we created or borrowed from nature. I still feel a shiver down my spine when I think back to the 2016 news report that a woman in China had died from an infection caused by a Klebsiella sp. resistant to all known antibiotics[1]. Many pharmaceutical companies don’t wish to invest in antibiotic development due to the financial cost of rapidly developing resistance, so instead research focus has moved to studying organisms which may provide us with antimicrobial substances.

It makes sense to start the search in under sampled environments. Water is harder to sample than land, and as the starting place for life many aquatic plants and animals could contain novel antimicrobial substances. There are so many possibilities and so based on my interests I selected a few examples.

Firstly, I wanted to select an animal and I had to choose the humble sponge. These are the simplest, most ancient animal and so they have been fighting off bacterial infections for aeons before humans existed. These animals filter feed on microscopic matter including algae and bacteria. As they filter the water, bacteria can enter into their body structure and await digestion or be included as a symbiont. These interactions with bacteria mean sponges can have 2 sources of antimicrobial substances: 1) the sponge itself which developed antimicrobial substances to protect itself from microbial invasion, or 2) the symbionts within the sponge release antimicrobial substances to inhibit the growth of other microbes. However, the effect could be from both.

This interesting prospect of sponge derived antimicrobials meant I had to test the freshwater sponges I worked with. I produced methanol extracts from 2 species of sponges (Ephydatia fluviatilis, Spongilla lacustris) and tested them on 8 nosocomial bacteria[2]. Extracts of all my tested sponges inhibited the growth of Klebsiella pneumoniae and at least one sample also inhibited Acinetobacter baumannii, Escherichia coli or Enterococci faecalis, thus indicating the antimicrobial properties of freshwater sponges.

While I used crude extracts containing both sponge and their symbionts, other researchers have separated these. Keeping on the freshwater sponge theme, Keller-Costa et al. (2014) found Pseudomonas spp. isolated from E. fluviatilis exhibited antimicrobial effects to bacteria and oomycetes potentially through the synthesis of toxic molecules including pyrrolnitrin and hydrogen cyanide[3]. This provides evidence that symbiotic bacteria in an organism can provide antimicrobial properties which can protect the organism.

Additionally, some of the antimicrobial effects of the sponge/symbionts come from altering processes in pathogenic bacteria. Many pathogens use quorum-sensing: a type of cell-signalling which can cause bacteria to replicate or release toxic compounds. I think of quorum-sensing like a party invite where everyone can ask another friend – the more bacteria present in the system, the more likely they are to cause overcrowding at the venue so it shuts down. Saurav et al. (2016) tested both crude sponge extracts from 14 species, and bacteria isolated 6 sponges for their ability to inhibit the quorum-sensing in bacteria. Around 20% of the bacteria symbionts inhibited quorum sensing[4] so the antimicrobial properties of sponges and their symbionts could prevent bacteria replication which causes virulence. This makes sponges and their symbionts a great potential source of antimicrobial compounds. 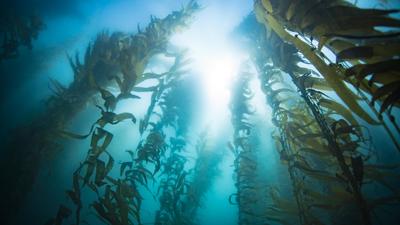 Secondly, I wanted to select a plant and although seaweed is not a true plant, I decided it was close enough as the main marine flora we can find. More and more I see seaweed products in shops from foods to cosmetics, and it is hidden in many everyday products such as toothpaste and ice cream. Microbiology would also be very different without seaweed as agar is extracted from them. Seaweed is constantly surrounded by water and any microbes within it so the possession of defensive antimicrobial substances would help them to survive.

While I haven’t tested the antimicrobial properties of seaweed, I have worked with them in the past for ecology studies so I am always on the lookout for info relating to seaweed. Cox et al. (2010) completed a study testing the antimicrobial effects of 6 edible seaweeds widely found around the UK. Due to the use of seaweed as a food preservative they tested the methanolic extracts for the ability to inhibit food spoilage bacteria including Listeria monocytogenes, Salmonella abony, Enterococcus faecalis and Pseudomonas aeruginosa thus finding that 5 of the 6 seaweeds had inhibitory effects on all of these bacteria[5]. Additionally, the brown seaweeds tested (Laminaria digitata, Laminaria saccharina, Himanthalia elongate) showed higher antimicrobial properties[5]. Brown seaweeds generally grow to larger sizes, making up kelp forests and so I partly wonder if the larger size means that can produce more compounds thus meaning there is more potential for antimicrobial properties?

Seaweed does not only inhibit the growth of bacteria: antifungal and antiviral compounds have also been isolated from them. The red seaweed Callophysus serratus for example is able to inhibit the growth of the marine fungi Lindra thalassiae[6]. Many seaweeds found in Korea have been found to have antibacterial and antiviral properties with Codium fragile in particular inhibiting the viruses herpes simplex, sindbis and polio[7]. This mean seaweed has the potential to provide antimicrobials to a range of bacteria, fungi and viruses so no wonder these magical plants are found in so many products.

When I read about antimicrobial activity from plants and animals, I always think back to a line from Jurassic Park – “life finds a way”. As long as microbes have the ability to cause disease, life will have to find ways to hinder this process. While human production of novel antibiotics is lacking in recent years, there is hope we can borrow more solutions from nature if the need arises. Maybe a day will come when we are treated using sponge or seaweed extracts?

If you'd like to hear more about Alli's work on freshwater sponges, you can sign up to her Micro-Talks webinar here.

[2] Cartwright A (2017) Freshwater sponges and their interactions with bacteria through filtration, retention and antimicrobial properties. Ulster University, PhD thesis.

[4] Saurav et al. (2016). In Search of Alternative Antibiotic Drugs: Quorum-Quenching Activity in Sponges and Their Bacterial Isolates. Frontiers in Microbiology, 7, 1–18

[5] Cox et al. (2010) An assessment of the antioxidant and the antimicrobial activity of six species of edible Irish seaweed. International Food Research Journal, 17, 205-220