ECS member Alli Cartwright wants to be cultivating more than plants in her garden this year. 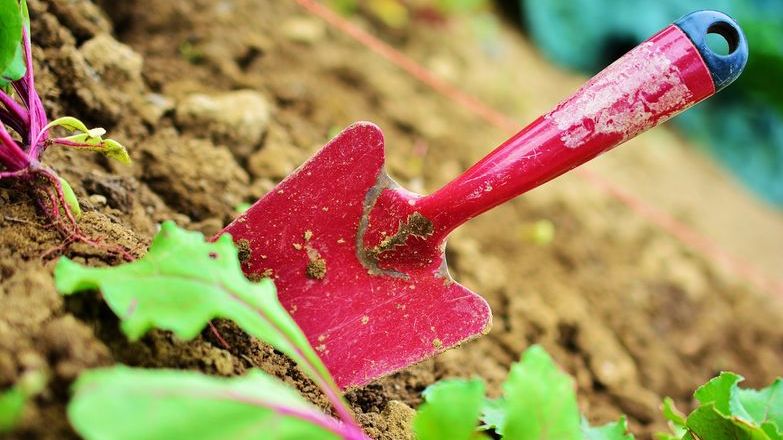 Having just bought a house chosen specifically for its garden, my attentions quickly turned to designing habitats to maximise plants and animals. Google searches were full of guides relating to vegetation for bees, butterflies and birds, or how to create the perfect pond. Regardless of what I read everything focused on the macroscopic creatures, often charismatic ones at that. Not a single source thought of microbes so now I’m tasked with my own question – how do I garden for microbes?

Gardening for wildlife often cites value in piles of dead wood. This is advertised as bug hotels as well as attracting insect bugs it will also attract microbe bugs. Many will be decomposers employed for their special job of recycling nutrients from the organic matter. This process will only be evident to the ‘wildlife gardener’ if the vibrant and delicate fruiting body of fungi grow.

Largely fungi are the main decomposer of wood breaking it down relatively quickly, while their co-dwelling bacteria are rarer and decay the wood more slowly[1]. White and brown rot are just 2 groups of fungi - made of many species – that are likely to inhabit my woodpile in time. Brown rot are fungi that break up cellulose in the wood (and have brown fruiting bodies) while white rot breaks down the lignin (and have white fruiting bodies). The new wood pile in my garden will soon be full of insect and fungal inhabitants!

Each gram of soil harbours 1000s of microbes that form a major component of soil, even though studies on them are relatively new[2]. The microbial biomass supported can vary with soil type, so I started by testing my soil based on the citizen science project from the UK soil observatory[3]. Testing completed and my soil type is mildly acidic clay so I found a study on microbial abundance with increasing clay content in soil. The microbial biomass of clay soils varies, but clay can protect microbes during drying and provide substrate for their growth[4]. This will be particularly beneficial to my soil microbes during dry weather predicted to increase with climate change.

Furthermore, soil microbes have an amazing ability to trap carbon from the atmosphere for use in their own body. This process of carbon sequestration is vital in a time of excessive atmospheric carbon dioxide causing global warming. In urban areas soils of parks, gardens and railway lines can be made of up to 70% organic matter mainly from leaf litter and the microbes that decompose and live with them[5]. If these soils are built upon the carbon can be lost by removing the microbes that trap carbon and the organic matter itself thus releasing carbon and contributing further to greenhouse gases in the atmosphere. My healthy soil microbes are a key part of the carbon cycle so I best look after them!

While soil can be a rich environment for microbes, so can vegetation, the microbes that live undercover - on or in the plants. Native plants are nearly always recommended to support wildlife and it seems the same applies for the microbial community. A study by Lurdes Barrico et al found microbial communities, both on vegetation and in the soil, were higher for native plant species in urban gardens due to higher bacterial abundance[6]. This makes sense, when a plant has lived in a particular region for a long period of time, a community can evolve to live both on the plant and to decompose its leaf litter in the soil. Overall, they found on average 26 species of bacteria and 15 species of fungi were supported by garden vegetation either on the plant or its leaf litter[6]. Barrico’s group also found that microbial abundance in urban gardens showed high variability linked to the impacts of human management. For me this highlights the importance of gardening for microbes additional to wildlife alone.

To garden for microbes, the first thing I want to do is ensure my soils are healthy. I can use a range of tricks including adding compost (microbe lunch), keeping the soil well-watered (a drink to sip with lunch) and avoiding pesticide (these poison microbes too!). Next, I’m going to add more wood to my wood pile and hope I’m rewarded with fungi fruiting bodies to admire. Finally, I’m going to plant a variety of native plants. I figure each is likely to support different specialist microbes additional to generalist species. Hopefully my future garden will be a haven for insect bugs and microbe bugs – plus the communities they support.