The ICBRAMR ’19 Conference was held at Dr. M. Channa Reddy Auditorium, VIT, Vellore with the aim to illuminate and disseminate the knowledge about antimicrobial resistance and Bacteriophage Research and its applications among students, clinicians, academia, industry and researchers. 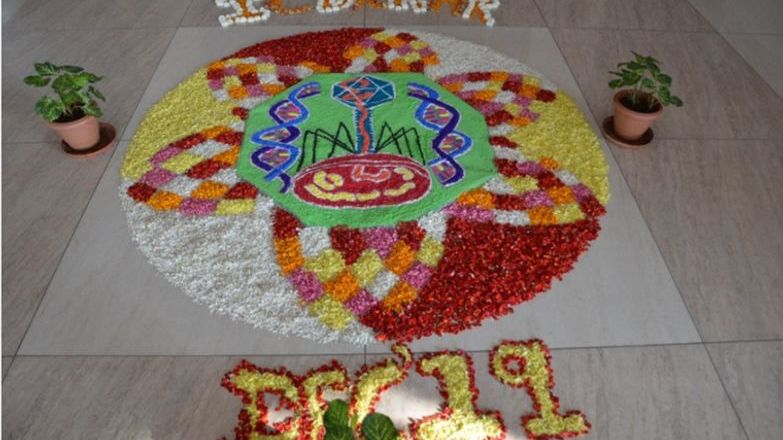 The Inaugural Session was presided by Dr. Srikanth Prasad Tripathy, Director-in-charge, ICMR-National Institute of Research in Tuberculosis, Chennai, invited as the Chief Guest and Prof. Elizabeth Kutter, the First lady of Phage Research and Professor Emeritus, Evergreen State College, Olympia, USA was the Special Guest for the event. Dr. V Pragasam, Dean of the School of BioSciences and Technology, VIT welcomed the gathering and Prof. Sanjay Chhibber, President, Society for Bacteriophage Research and Therapy (SBRT) introduced the Society and its function to the participants and other dignitaries. Dr. Ramesh Nachimuthu, Convener of the conference, gave an introduction to the conference. Dr. S. Narayanan, Pro-Vice-Chancellor, VIT, introduced about VIT and spoke about the achievements and accolades of the institute. The conference souvenir was released and the guests planted a tree to end the inaugural session of the event.

Dr. Kutter delivered the first lecture on “Bacteriophages: Biology and Applications”. She started with a brief introduction to T4 phage and phage usage in infections with multidrug-resistant bacteria. The next talk was delivered by Dr. Chhibber on “From Concept to Product: Challenges at various stages in creating a successful and commercially viable phage preparation for therapeutic applications”.

Dr. Gopal Nath, Secretary, SBRT, Banaras Hindu University, Varanasi, gave a keynote lecture on “Preclinical and Clinical Bacteriophage Therapy; Our Recent Experiences”. During his talk, he also briefed about the society and its contribution to bacteriophage research following which he shared few case studies of patients with diabetic ulcers and bacteremia. Dr. Vinod Kumar, Vice President, SBRT also delivered a keynote lecture on “Building a future with bacteriophage; an alternative protagonist”. While finishing his lecture, he said that the regulatory authorities and the end-users should encourage building the future with phage as an antibacterial agent in therapies since the impact of antibiotics is fading. Dr. Mark Toleman from the School of Medicine, Cardiff University, UK, who has an extensive knowledge on antimicrobial resistance and particularly on the Asian region delivered an active hour of keynote lecture on “Controlling resistance in E. coli” outlining the genetic diversity of E.coli in UK and India and the natural role of phages in controlling MLST E.coli and its prevalence. Considering the widespread existence of improper usage of antibiotics, the next keynote lecture was delivered by Dr. Ashok J Tamhankar on “Global scenario of antimicrobial resistance”.

Dr. Balaji V from Christian Medical College, Vellore, talked about the Antimicrobial Resistance Trend in GLASS pathogens and also about the surveillance systems, antibiotic resistance profiling in both Gram-positive and negative bacteria among the Indian population. Dr. Joy Sarojini Michael, Christian Medical College, Vellore, gave a lecture on different types of platforms that are currently used in the tuberculosis diagnosis pipeline. Dr. Biju George, CMC, Vellore, discussed the problems associated with MDR bacteria in the process of transplantation. Poster sessions were held in CS hall beside the Anna auditorium between 4:00 pm and 5:00 pm.

Dr. Sebastian Leptihn, Zhejiang University, ZJU-UoE INSTITUTE, China spoke about his research on Filamentous Phage Biology and their Impact on Human Health. His talk was focused more on studying spontaneous mutation in AMR and discovery and characterization of phages against E. coli for the treatment of Urinary Tract Infections. The next keynote lecture addressed the approaches, strategies used in phage therapy on the topic “A Multipronged Quest for Anti-Mycobacterial Solution: Bacteriophages, Endolysins and small molecules” and delivered by Dr. Urmi Bajpai from Acharya Narendra Dev College, New Delhi. Day 2 also had impactful invited lectures and poster sessions. The 4th invited lecture was delivered by
Dr. C P Girish Kumar, National Institute of Epidemiology, Chennai where he discussed the prevalence of antibiotic resistance in Gram-negative bacteria and its genes using PCR.

Poster sessions were held at the CS hall beside the Anna auditorium between 11:00 am and 12:00 pm.

Mr. Pranav Johri and Mrs. Apruva Johri from Vitalis Phage Therapy delivered lectures on the practical applications and its challenges. Mr. Pranav is the founder of the company, and he shared his own experience of receiving phage treatment for his ailment. He said that the successful recovery due to phage therapy led him to establish a phage therapy company in India.

A video lecture by Dr. Jeremy Barr, Monash University, Australia, on the topic “When antibiotics fail...Phage therapy of a multidrug-resistant infection”. The talk covered topics such as causes of infections, antibiotics resistance crisis and search for alternative therapies like bacteriophages.

Another video lecture by Prof. Graham Hatfull from the University of Pittsburgh on the topic “Mycobacteriophages: Diversity, dynamics, and Therapy” was also screened during the session.

Dr. Aradhna Vipra talked about the phage product development for non-clinical applications - From Laboratory to Field and after the inspiring lecture, we also had an enlightening lecture from a different perspective by Dr. Taruna Anand who delivered on the topic “Careful Cocktail designing after assessment of diversity, host specificity and biological characterization of bacteriophages against mastitis-causing Staphylococci in bovines”. She discussed the isolation and characterization of bacteriophages for bovine infection. Dr. Manavi Dang and Dr. Devjani De explained on “Turning the Tables on MDROs” highlighting the importance of FilmArray for the early detection of antibiotic escalation in ICU patients and ending the session, Dr. Prasanth Manohar talked on the topic “Antimicrobial Resistance and Phage Therapy: Our Research Lab at VIT” giving an overview of the extensive work carried out at the fully equipped bacteriophage facility, “Antibiotic Resistance and Phage Therapy Lab” at VIT as he obtained his Ph.D. under the guidance of Dr. Ramesh Nachimuthu, who was the convener of this conference.

A general body meeting of the Society, SBRT also held during the conference, and the office bearers are going to continue their designation and they selected Dr. Ramesh Nachimuthu as the executive member and the editor for society’s newsletter.

We have made regular updates regarding the ICBRAMR’19 through our Twitter handle: @AMRandPhageLab and we have also shared the updates in our other social media platforms such as