In our new column, Hannah Goldswain looks at the latest microbiology research, including the cutting edge of COVID-19 research, antibiotic resistance and the gut microbiome.

The cutting edge of COVID-19

As the academic year resumes in much its normal behaviour with students heading back to schools and universities, booster vaccinations for SARS-CoV-2 are beginning their rounds in the clinically vulnerable and some key workers. With last winter still in the back of people’s minds there are worries that a new variant may emerge that could outcompete the delta variant, as many populations remain partially vaccinated especially in younger age groups.

Coronaviruses are RNA viruses with mechanisms of genomic replication that lend the virions to being highly susceptible to mutations even without pressure from immune systems or drugs. However, Katoh and Standley at Osaka University have identified and studied various protein sites which have variability across animal hosts. They have investigated repeated mutations at these sites and found that a historical pattern emerges, allowing them to determine highly variable protein sites in SARS-CoV-2. Not only is this useful for vaccine development and drug targeting to SARS-CoV-2 but it also allows for potential future variants to be predicted and prepared for in advance. This could have many consequences and could lead to governments around the world modifying policies in place to deal more efficiently with variants as they arise.

Meanwhile, scientists at McMaster University have channelled their response to the COVID-19 pandemic into developing a tool to help identify and provide early warning of unknown or rare pathogens in the environment that could lead to severe disease. The tool contains an algorithm called Hierarchical Unique Baits (or HUBdesign) which helps develop probes to detect trace quantities of potential newly emerging pathogens from reservoirs or animal-human transmission. The probes will allow rapid detection and isolation much quicker than current methods, which involve time-consuming batch sequencing of samples, and will help to prevent disease escalation and potentially death. 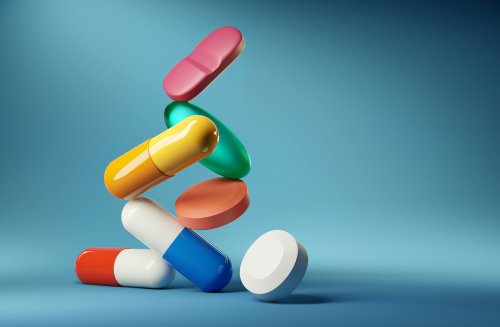 In other medical microbiology news, a study at Cornell University has been investigating potential solutions to the ever-resistant methicillin-resistant Staphylococcus aureus (MRSA). Certain stem cell proteins secreted from equine mesenchymal stromal cells (MSCs) were seen to significantly reduce MRSA viability in vitro. The secreted factors increased the antimicrobial effects of the surrounding skin cells in the wound model used to explore stem cell effects on MRSA. These findings are important in increasing the arsenal against MRSA to combat rising antibiotic resistance. Novel ways of targeting bacteria are being harnessed and investigated and tapping into the secretome of stem cells in this study looks promising in the battle to reduce MRSA infections and complications in hospitals. 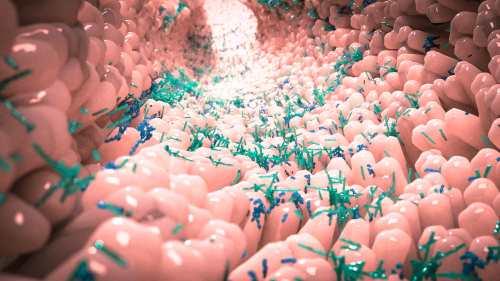 The gut microbiome has been implicated in biological processes and disease from influencing brain development to obesity and recently a study completed at the Institute for Systems Biology in Seattle has found links between gut microbiota and weight loss. In a cohort of 105 people involved in a lifestyle intervention study, 31 metagenomic changes were found to be associated with weight loss responses once age, sex and BMI had been controlled for. Two of these findings involved the increased breakdown of starches by the gut microbiome in people who did not lose weight and that genes allowing increased bacterial growth and replication had increased expression in people who lost more weight. Having genes that respond to weight loss interventions differently allows manipulation of these to harness their activity through an altered diet and provoke increased weight loss to improve patients’ lifestyles. Given that obesity is rising this could provide a new resource to help improve people’s overall fitness and lifestyle.