Georgia Jones describes the link between viruses and cancer. 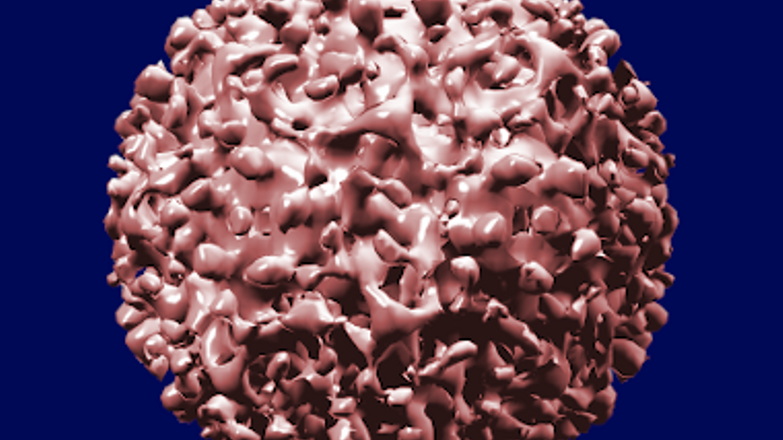 What’s in a Name?

With the world in lockdown, viruses have captured the collective consciousness of our society in trepidation. Some viruses are associated with causing cancer, but how much do we actually know about these?

Viruses are essentially nucleic acid (DNA or RNA) contained within a protective protein coat. There is some debate as to whether they can be considered ‘alive’ – as they only remain active for a short time outside of the host. Many animal viruses contain a lipid envelope and an entire intact virus particle is called a ‘virion’. Viruses are responsible for about 15% of human cancers worldwide – for which hepatocellular carcinoma (liver cancer) and cancers of the cervix account for about 80%.

We all know that we should go easy on the Friday-night pints (or margaritas, if that’s your style), but do we actually fully understand the risks? Liver disease is a pretty nasty one, but where do viruses and cancer figure into the equation?

Hepatitis B and C are types of hepatoviruses that can be passed between people through sharing contaminated needles (such as in drug use), unprotected sex, or during childbirth. The slightly less well-known Hepatitis A is usually spread through drinking water contaminated by infected faeces, which can be a problem in developing countries.

The hepatoviruses can cause little or no symptoms until cirrhosis of the liver has occurred (as a result of heavy consumption of alcohol over an extended period). This is an obvious problem because, similarly to HIV, the person infected may have the virus for years, undetected, and transmit it to others.

Shellfish such as mussels and oysters are also often reservoirs of Hepatitis A as these creatures are essentially one big kidney in their function; filtering the water in which they lie, which if contaminated with infected faeces, can lead to the contraction of the virus (something to bear in mind for your next date night).

Furthermore, similarly to HIV, the initial period of infection with Hep B provokes symptoms that may be mistaken for a cold or flu. Jaundice (yellowing of the eyes and skin) is more likely to be caused by hepatitis B. Hepatitis B is commonly recoverable within a few months, but a small percentage of adults will go on to be chronic carriers and will have a greater risk of developing liver cancer. However, Hepatitis C causes fewer symptoms than Hepatitis B and because of this, unfortunately, infected patients will go on unaware of their infection and will be more likely to become chronic carriers, which can lead to jaundice and cancer.

HPV is a very common virus that 8 out of 10 of us will become infected with at some point in our lives. It is usually spread by close skin to skin contact, sexual and non-sexual. Some just cause warts on the hands, feet or genitals, and only around 13 of the types of HPV are known to be carcinogenic.

In the other types, the infection causes no problems and usually clears on its own. HPV infects epithelial cells (cells that make up the tissue and skin). Cervical cancer is most commonly caused by HPV, but this type of cancer is actually relatively uncommon compared to other types of cancer in the UK. The majority of vaginal, vulvar, penile and anal cancers are also caused by HPV but these are even less common than cervical cancers. A staggering 99.8% of cervical cancer cases are caused by HPV, 10% is linked to oral contraception use for over 5 years and 21% are associated with tobacco use. The good news is that as of September 2019 in the UK every year 8 school child (12-13-year-olds) will be vaccinated against it.

It is important to know in the face of these facts that just because you catch these viruses does not mean that you will definitely develop the cancers related to them. A process called viral transformation must take place, in which the untreated infection by a carcinogenic virus can damage DNA. In the presence of other precipitating factors, (risk factors) usually over an extended period of time, the virus must uncouple normal regulatory biological mechanisms that control cell division and DNA replication. The virus must then prevent infected host cells from undergoing apoptosis (controlled cellular suicide to eradicate infected cells) and the viral-infected, proliferating cells must then avoid recognition by the immune system (which would normally destroy threats to the host) and proliferate uncontrollably, to cause a tumour.

What Can We Do?

Whilst you might be at a higher risk of these cancers, having been infected with the viruses, it is important to remember that it is not a done deal that viral neoplastic transformation will take place. There are many things we can do to protect ourselves from becoming infected with these viruses. To protect from HPV barrier contraceptives must be used with every partner, and regular screenings must be attended.

Alcohol should be only consumed in moderation to prevent cirrhosis of the liver, and IV needles must never be shared.

To conclude, I am going to repeat the same old tired refrain drummed into us by public health authorities: stop smoking, practice safe sex, drink less alcohol, eat a balanced diet and keep active; it’s really all we can do.