Dame Sally’s efforts to place the UK at the forefront of the fight against antibiotic resistant bacteria have been second to none, influencing government policy, helping to commission the O’Neill report and championing antibiotic stewardship. 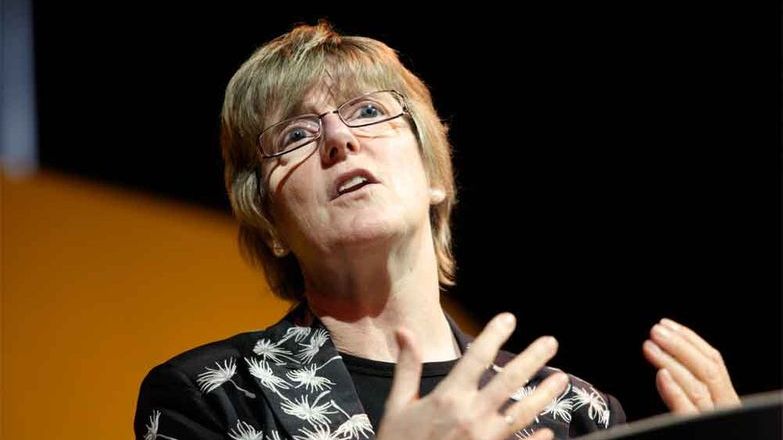 Appointed in 2010, Dame Sally became the first female Chief Medical Officer. She worked in the NHS as a consultant haematologist for 30 years and was the first UK medical practitioner to specialise in sickle cell disease, before joining the Civil Service in 2004.

Dame Sally became Director General of Research and Development for the NHS, created the National Institute for Health Research (NIHR), and later played a central role in the establishment of Genomics England.

She is best known for successfully paving the way for international and domestic efforts in the fight against antimicrobial resistance, and leading the UK government’s response to health emergencies including Ebola, pandemic flu, and the Novichok attacks.

On 18 June 2019 Professor Dame Sally Davies was awarded the SfAM Fellowship at BMA House. Dame Sally’s efforts to place the UK at the forefront of the fight against antibiotic resistant bacteria have been second to none, influencing government policy, helping to commission the O’Neill report and championing antibiotic stewardship.

(Scroll right down for the full Fellowship Award video)

Following the warm welcome from SfAM president Mark Fielder, who coined Dame Sally the “queen of AMR”, the SfAM Early Career Scientist Committee had the nerve-wracking opportunity to quiz Dame Sally on a range of topics. Understandably, AMR was one of the main focusses of the evening. The take-home message on how to slow down the development of AMR was that prevention is better than cure. A recent trip to Hong Kong highlighted to Dame Sally that control of waste effluent is one of the important actions needed to prevent AMR, as we excrete a staggering 70-90% of the antibiotics we take. Research has shown that there is up to 300 times the safe levels of antibiotics found in rivers. Dame Sally added that “we’ve found ciprofloxacin in the Thames water we are drinking”. 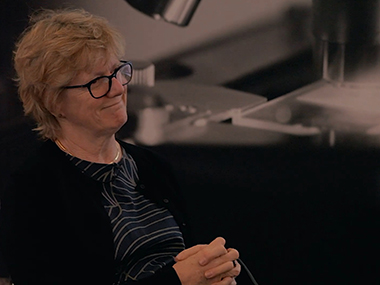 The evening’s questions then moved on to Dame Sally’s fruitful career, discovering what has been the most difficult challenge for her so far. “Difficult people” was the amusing reply to this question. On overcoming strained relationships with colleagues, the audience were urged to “make it personal" to engage these people with the topics that you believe matter, an approach that appears to have worked throughout Sally’s career.

When asked what advice she would give to women starting their careers in science, Dame Sally immediately replied with “go for it!”. Admitting that even now, with an extremely accomplished position as Chief Medical Officer, she still suffers from imposter syndrome Dame Sally said “I often tell women to hold their nose and jump, what can you lose? You make a mess, you learn from the mess”. 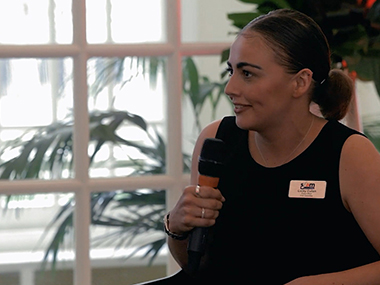 Dame Sally talked about the struggle to practice what she preaches in her role as CMO, emphasising how difficult it is in the current environment to live a healthy lifestyle. She wishes she could be a couch potato but makes the effort to keep healthy with regular exercise and a balanced diet. Although she sticks strictly to the CMO guidelines on alcohol consumption, Dame Sally admits she enjoys as glass of good wine as much as the rest of us.

Asked what the biggest threat to human health is apart from AMR, Dame Sally answered “obesity”. Its association to mental ill-health and many other physical health issues is understandably of major concern to the CMO. Sustainability was also a topic that came up, as protection of the environment links strongly with protection of our own health. The recent trend towards consuming more plant-based diets was also touched on as the CMO explained that to help both our health and the health of the environment we should “eat less meat and eat more vegetables”. 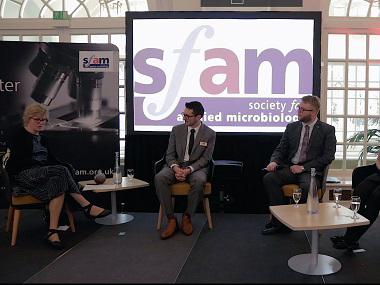 The Q&A session wrapped up with an intriguing final question about the conflicts between scientific evidence and political ideologies. Sally divulged that earlier on in her career she thought it would “make life easier” to understand each politician’s philosophy and work on moulding her advice to this. However, this has changed over her 8-year period as CMO as modern politics has become less philosophy driven. This change has led to the implementation of evidence-informed policy, rather than evidence-based policy, the CMO stated that she does not believe evidence-based policy actually exists “except in a nirvana”. Dame Sally explains that she “can give advice, but the politician takes the decision”. She posed the interesting point that evidence is a social construct and varies from person to person. Whilst her idea of evidence is “randomised controlled trials or carefully controlled lab studies”, others view anecdotal stories as evidence. 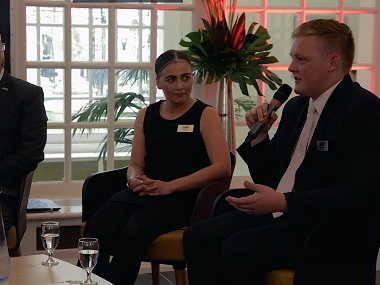 The Society was delighted to be able to formally thank Dame Sally in this way for the pioneering work she has carried out as CMO, particularly in the context of AMR which she will continue in her posting as UK Special Envoy on AMR.