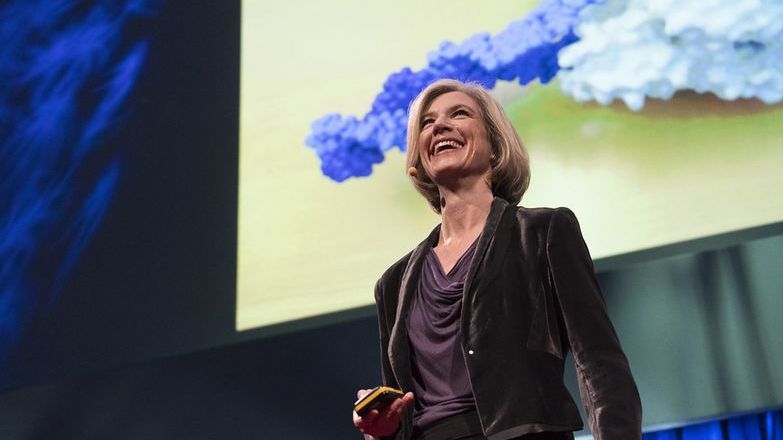 Jennifer Doudna is the Li Ka Shing Chancellor’s Chair and a Professor in the Departments of Chemistry and of Molecular and Cell Biology at the University of California, Berkeley, as well as an Investigator of the Howard Hughes Medical Institute.

Her co-discovery of CRISPR-Cas9 genetic engineering technology, with collaborator, French scientist Emmanuelle Charpentier, has changed human and agricultural genomics research forever. This genome-editing technology enables scientists to change or remove genes quickly, with a precision only dreamed of just a few years ago. Labs worldwide have re-directed the course of their research programs to incorporate this new tool, creating a CRISPR revolution with huge implications across biology and medicine.

In addition to her scientific achievements and eminence, Doudna is also a leader in public discussion of the ethical and other implications of genome editing for human biology and societies, and advocates for thoughtful approaches to the development of policies around the use of CRISPR-Cas9. She has received many prizes for her discoveries, including the Japan Prize (2016), the Kavli Prize (2018), and the LUI Che Woo Welfare Betterment Prize (2019). In 2015, Doudna was named by Time Magazine as one of the 100 most influential people in the world.